January —  the season of abundance.  It can’t help it if it so hot.  Temperature records were broken again during January, including in my little part of the world.  Our town had four consecutive days above 40ºc, a new record.  Due to the bushfire hazard, many of our nature reserves were closed to the public.  So I’ve been housebound and cabin fever has set in.  Hence, this month’s post focuses on the small haven that is my garden.

I’ve been hanging out with the dogs, including this guy, who suffered the indignity of a two-week post-op confinement.  There is a little less of him these days, but the personality is still large.  His face is obscured to protect his privacy.

Every year we rotate our veggie beds.  This year we have planted against the house, using the pumpkin and zucchini vines to shade the brickwork and provide some evaporative cooling.  The tromboncino is fruiting prolifically.  One tromboncino vine has the biggest leaves I’ve ever seen in my whole life.  They remind me of elephant ears.  We thought we should try our luck at a heirloom pumpkin, Lakota, and have harvested five already.  The okra seedlings, which were slow to establish, are thriving in the heat and are delivering a steady supply of produce for curries.  The fig tree has also provided. 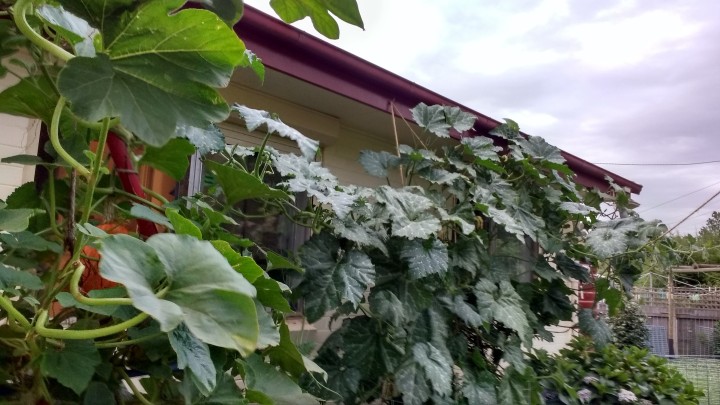 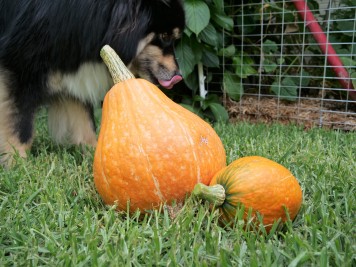 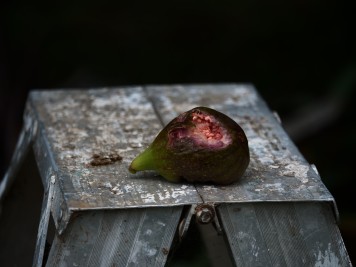 Thank goodness for the flowers, which provide relief from indoor dimness. 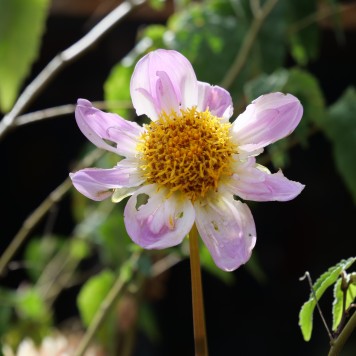 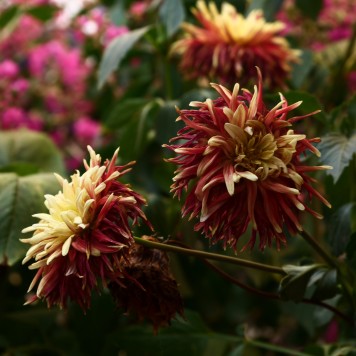 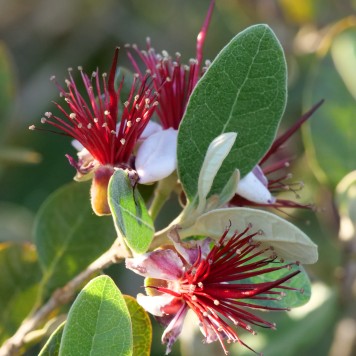 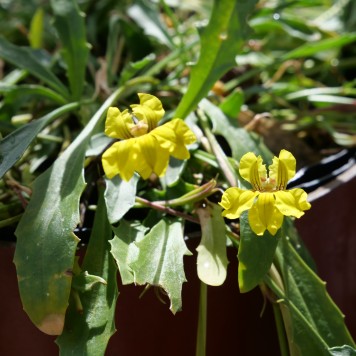 Feathered and furry visitors to the house were hot too.  If we were not diligent about closing the garage door, Mr Possum would sneak back in to sleep off a hard night.  We thought he might have died in the garage from the heat, but no, he was just lying on his back so he could lick his under-carriage to cool down.  He was not averse to the occasional light sprinkle with the hose.  We had a rare visitor — a juvenile or female Superb Parrot.  These parrots are listed as vulnerable (or endangered depending on location) with less than 6,500 left in the wild.  The poor parrot was very stressed from the heat. 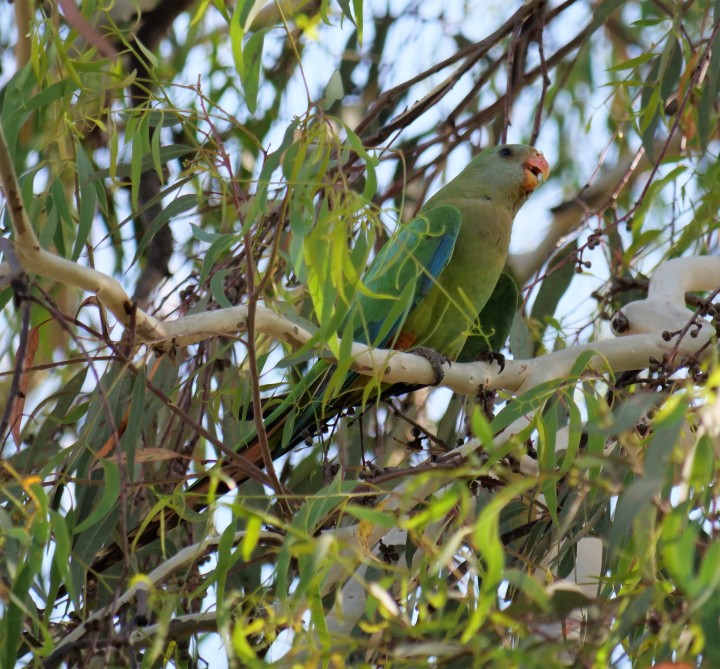 Much to my amazement it has been nearly been a year since I first started participating in The Changing Seasons challenge.  It was always my intention to do it for just one year.  I started in March last year, so I only have this month and February to go.  I am keen not to bore you all senseless with the same old, same old, so all good things must come to an end.  The Changing Seasons monthly photo challenge is hosted by Su Leslie from Zimmerbitch.  Do consider joining in.  It is so much fun.

My loves did venture out into the sub-alpine areas nearby.  I will post some of their beautiful photos later.  The walk was judged too strenuous for me.  I complained but it was a fair call on their part.  I guess someone had to stay home to look after the dog.

39 thoughts on “The Changing Seasons – January”