The Australian bush and the characters that inhabit it have become the stuff of legends;  they’ve entered into our folklore.  The traits of these pioneers – an independent streak, larrikinism, mateship, egalitarianism, belief in the fair-go, toughness, stoicism and courage – immortalised by poets such as Banjo Patterson and Henry Lawson, are meant to embody the Australian spirit.  If it all sounds to be good to be true, then it probably is.  Nevertheless, this spirit oozes from the Stock Camp at the Nash, and I love it.  It is bit like a home-coming.  I don’t know whether that is because I grew up on stories of the bush, or whether it is because I spent my formative years on the back of horse and around bushies, or perhaps it is my family’s background in trade unionism.  Whatever it is, the nostalgia is palpable. 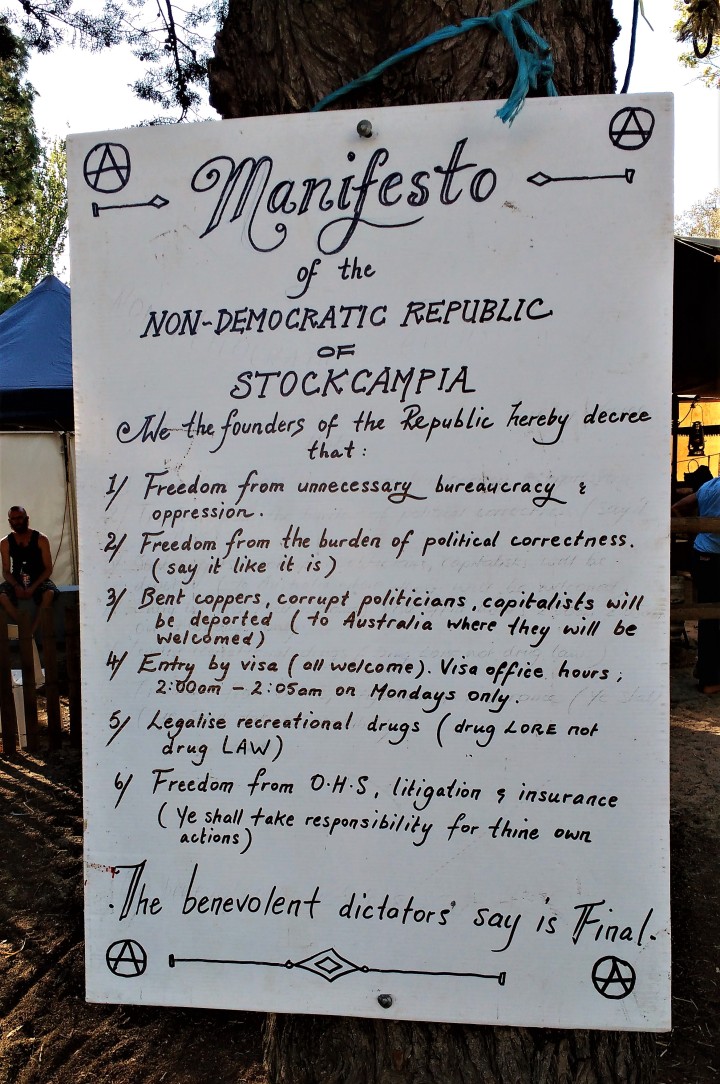 When you get sick of lentils and chickpeas at the other stalls at the Nash, you can rock up to the Stock Camp and have damper with golden syrup, lamb stew, roast lamb and veggies, and billy tea, all cooked over an open fire.  Their tea is the cheapest at the Nash.  There is no coffee, which is only for wankers (like me).  There’s music that celebrates our bush traditions, and bush poetry recitals, plus a yarn-spinning competition.  Performing my own bush poetry and entering into the yarn-spinning contest are on my Bucket List. 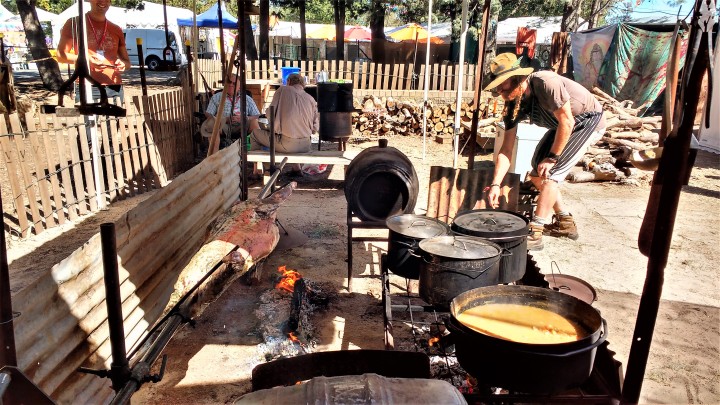 This year, the yarn-spinning contest was awarded jointly to Dave, the convener of the Stock Camp, and his son.  Dave told us an impromptu story about a snake that got away.  His son interjected with a quip about said snake being in the stew.  Best laugh of the day. 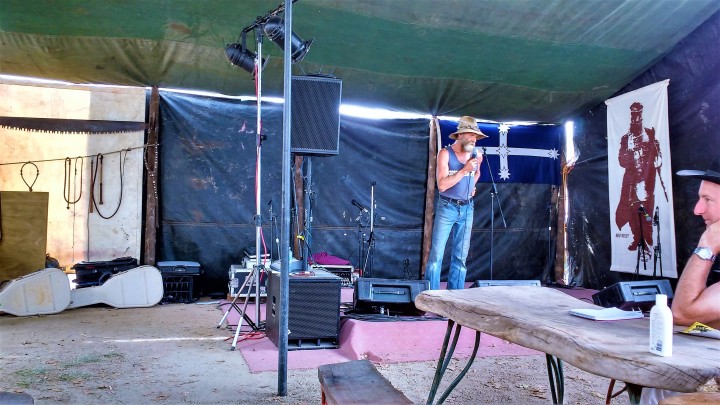 That’s Dave in the photo.  In the background is a poster of the bushranger, Ned Kelly.  He is a national hero to many Australians.  Also in the background, is the Eureka Flag.  It was designed and flown as a symbol of defiance by miners protesting colonial administration of the goldfields.  The gold miners built a stockade (known as the Eureka Stockade) at Ballarat.  The stockade was attacked by government troopers in December 1854 and 22 miners were killed  The flag has since gained notability and notoriety as a symbol of resistance, protest and democracy.  Unsurprisingly, it has been adopted by the Australian union movement, and has also unfortunately, been appropriated more recently by white supremacists.

My Canadian readers may be interested to know that the flag was actually designed by a Canadian miner, who was a member of the Ballarat Reform League.  The five stars on the flag are those of the Southern Cross.  I love the Canadian Flag (the red maple leaf).  Perhaps we could commission the Canadians to design us a new flag when we eventually have the gumption to become a republic?

From what I can gather, the Stock Camp is run by some shearers.  It is noteworthy that the Australian union movement was born from the shearers strike in 1891.

Audience members enjoy the yarn-spinning.  I enjoy the opportunity to take an arty photo. 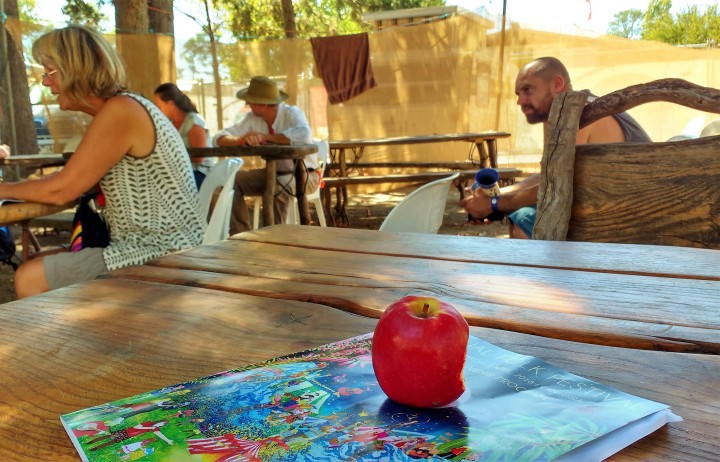 The kids can have fun on the rocking horse made out of a 44 gallon drum. 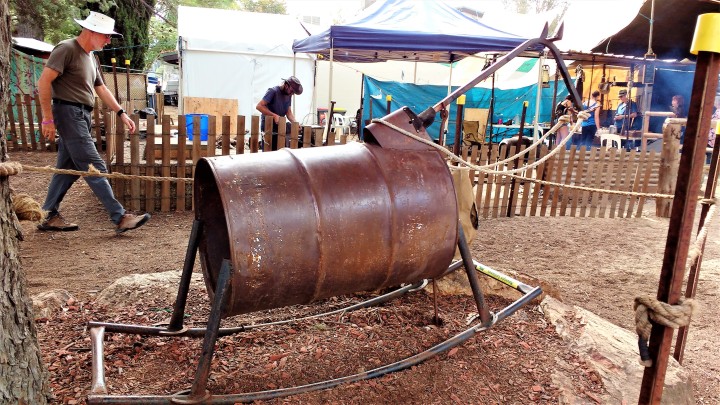 So next year, I’m going to recite the bush poem I’m working on now.  It’s about two girls, their horses, a mum and a snake.  Not the usual fare for bush poetry.  Let’s hear it for the girls.  Don’t worry, you won’t have to wait that long.  I’ll give you a sneak preview.

20 thoughts on “Stand And Deliver”