Ah, June.  I can’t believe we are already half way through the year.  Winter is not a time that I particularly enjoy.  It’s cold.  It’s grey, and quite often miserable.  Just to prove that it does get cold in Australia, I headed out on a particularly frigid day to one of our city’s parks.  Rain had been threatening all day, but no sooner had I got out of my car and pulled out my camera, then the sun asserted itself in all its Winter glory.

The area shown below is normally a favourite spot for the reed warblers, but not a single one was to be seen or heard. 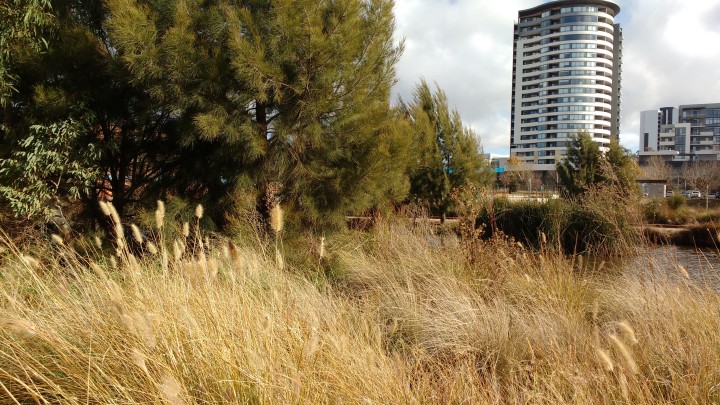 On weekdays, the park and the lakeside are normally teeming with walkers and mums with their small children.  But it was so cold, the playground and esplanade were absolutely deserted, even the ducks decided to head for more sheltered parts of the lake.  There were a few hopeful seagulls and one solitary skater was trying desperately to warm up. 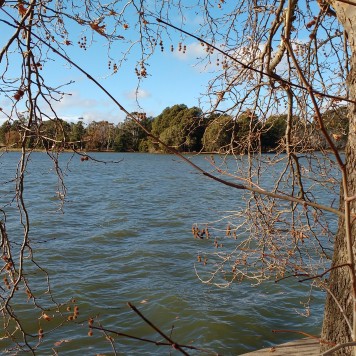 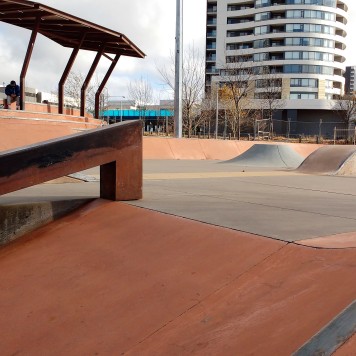 I love the beautiful colours around this water play area.  I spotted a few ducks enjoying the weak afternoon sunshine and the calmer waters of this small pond.  The rain poured down only 30 minutes after this photo was taken.

Despite several bitterly cold days, the nights have been relatively mild throughout most of June with the temperatures staying above freezing.  In May, I moved a couple of dahlias I have in pots under cover and they continued to put on a beautiful show bringing some cheer to the dreary days.  I must be doing something right with the camellias too.  But eventually the frosts arrived.  Over the last week the temperature has plummeted to -5c for several mornings in a row.  This was too much for the dahlias.

Further afield at the Australian National Botanic Gardens, the late flowering natives have also been slowing down.  The colours of the bush have become softer, mirroring the colour of the days. 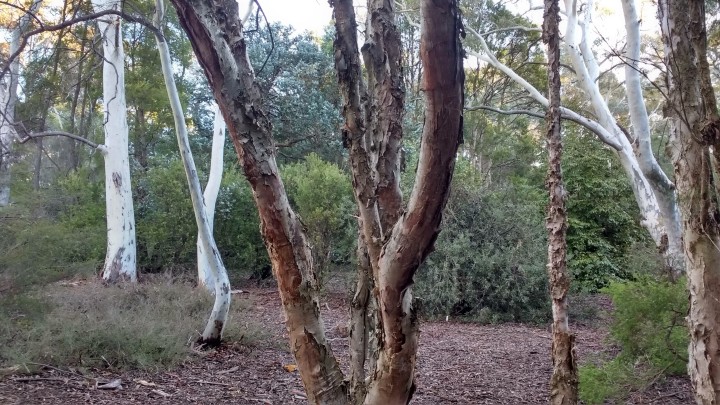 Every month, Su Leslie from Zimmerbitch hosts The Changing Seasons Monthly Photo Challenge.  This challenge is open to all.  If you would like to participate in this month’s challenge or see what other bloggers have contributed, click here.

25 thoughts on “The Changing Seasons – June in Canberra”