Autumn has finally arrived.  April was our hottest April on record at 4.9C above the April average, beating April 2017’s record as the hottest April on record.  To date, May has been relatively mild, except for one day where it was the coldest May day since the mid ’70s.  That was a bit fresh because I was at a dog obedience trial on that day (sorry, no photos), but my big fluffy girl was quite happy.  I’ve managed to do quite a few outdoor activities, but you will see no early morning shots of the few light frosts we’ve had.  My body and mind shuts down when the days shorten.

This month has been all about colour.  Below is my maple tree, Acer Rubrum ‘October Glory’.  In the foreground is our Golden Raintree, which is one of the first of the deciduous trees to lose its leaves. 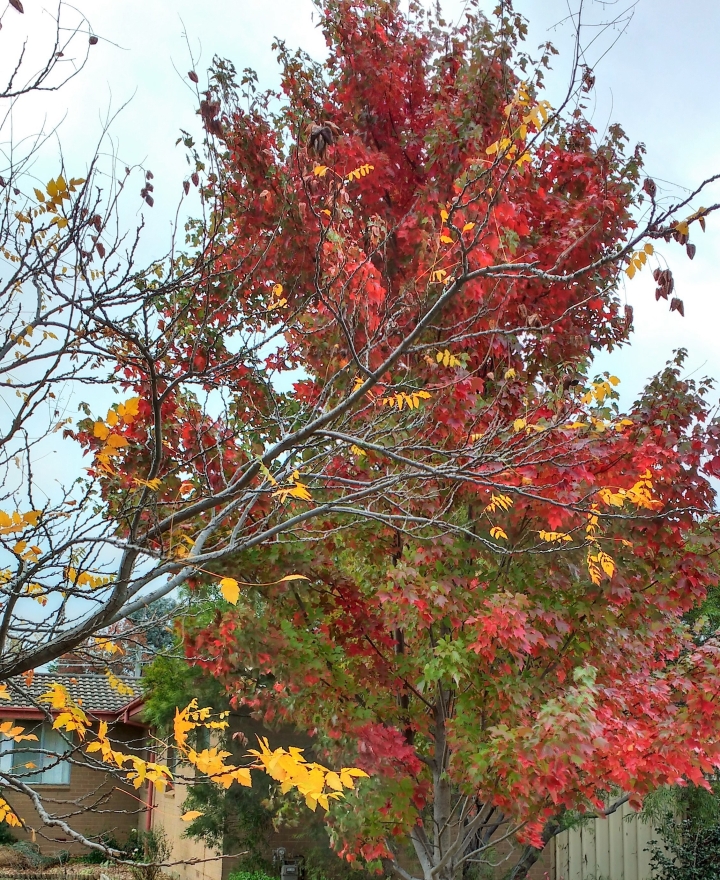 I really enjoy walking around my suburb mid afternoon at this time of year.  It is the Goldilocks zone for my dogs and me – not too hot and not too cold.

We have harvested all our pumpkins and pumpkin soup is frequently on the menu.  No-one has been eating these pomegranates, so I took one home to try.  It was terribly bitter.  It must be an ornamental variety.  Even the birds were giving it a miss. 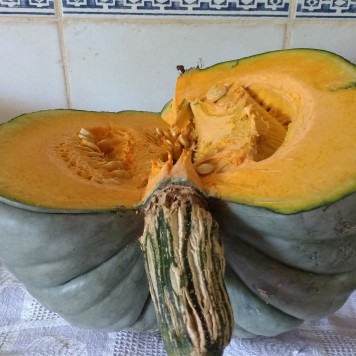 So many plants are still in bloom, which is quite unusual for this time of year.  Below is Correa ‘Canberra Bell’.  The Japanese Nandina also looks splendid, and so do the beautiful orange flowers behind it.

We’ve had some rather windy days.  The dust is flying and the silver undersides of the leaves are on show. 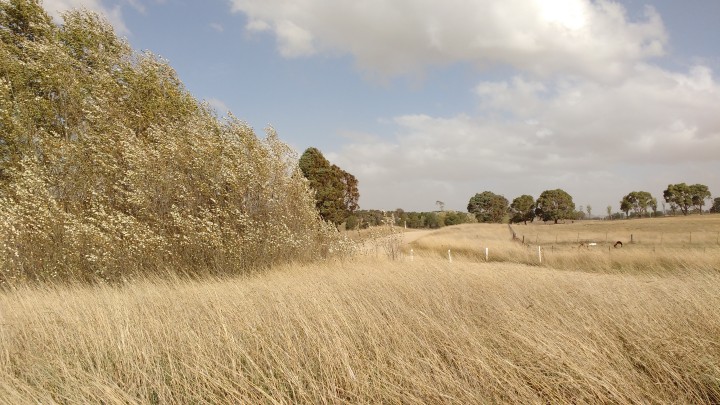 I love this time of the year when the sun is low in the sky. 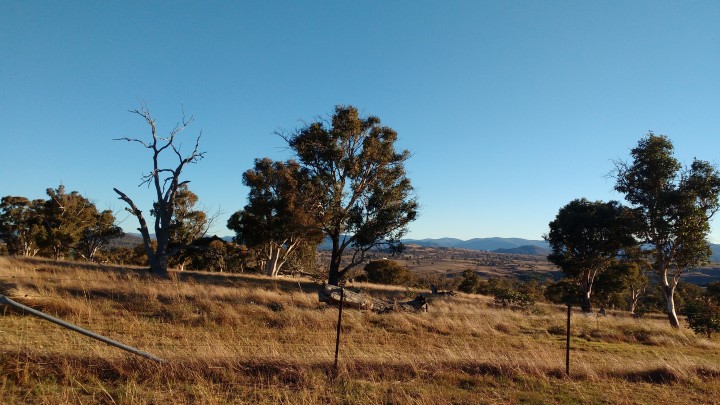 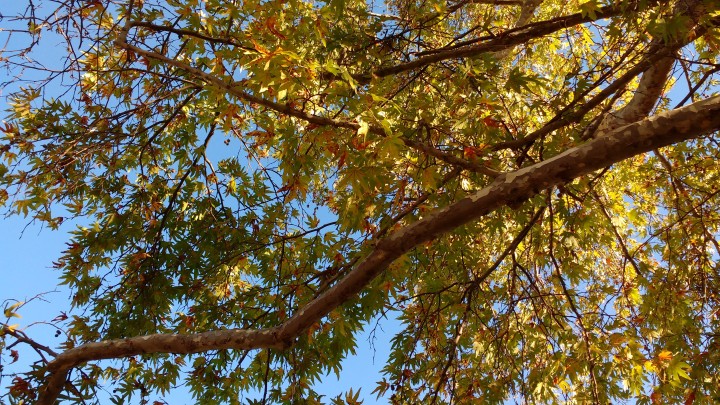 Our Rural Fire Service has been conducting controlled burns in preparation for next year’s bushfire season.  I was lucky enough to catch the smoke glinting in the setting sun’s rays. 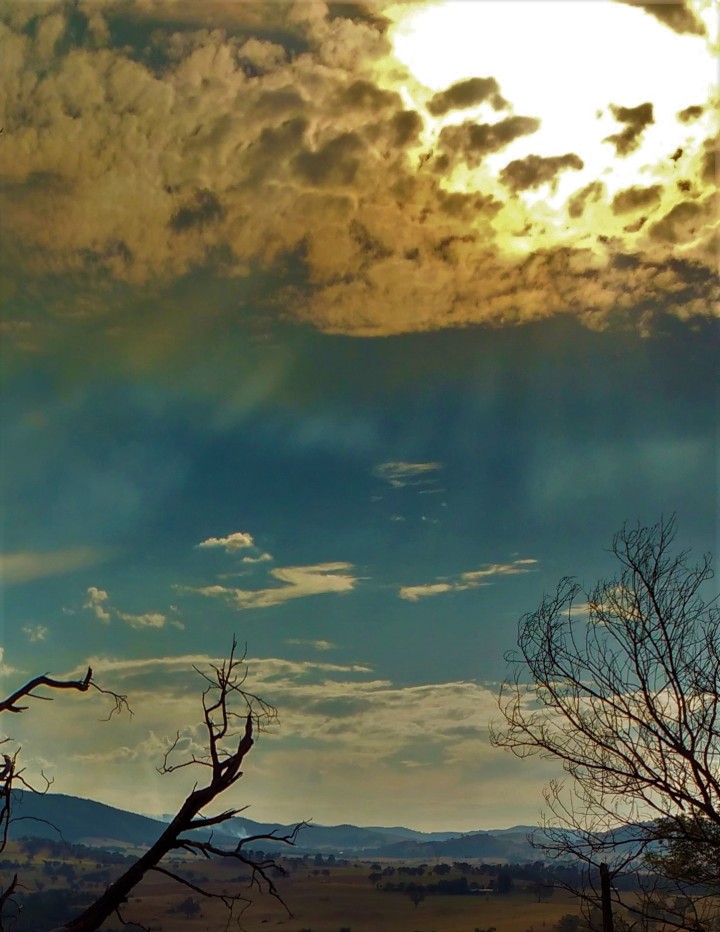 My Acer Rubrum ‘October Glory’ again.  These deciduous trees seem to cope well with the heat.  We had a fiercely hot Summer but I never watered the tree.  Perhaps I may regret this later when my sewerage pipes become blocked with tree roots.

About The Changing Seasons

The Changing Seasons is a monthly challenge,  hosted by Su Leslie from Zimmerbitch.  Everyone can participate.  Visit Su Leslie for the guidelines on how to particpate.

27 thoughts on “Change of Seasons”