This is the last in my series of National Folk Festival (the Nash) posts.  The title of this post is taken from Canberra poet, Josh Inman’s poem, ‘I Am a Folk Festival‘, that I heard him perform at the Nash last weekend.  Josh said that the moment he steps through the gate he gets a shiver, a sense of freedom.  This perfectly sums up the way I feel about the Nash.  Josh said ordinary people live ordinary lives.  But the Nash is extraordinary.  It makes everything seem possible.  We can be extraordinary.  So, he would rather be a folk festival.  That really spoke to me.  I can be a folk festival too.  Is that too corny?  I guess you had to be there.

The Nash is often over-shadowed by the sexier Byron Bay Blues Fest on the north coast of New South Wales, which is held over the same weekend.  But I think this Canberra festival holds its own against the Blues Fest, and even against the festival of all festivals, Woodford.  It’s more intimate.  It’s family.

Everyone can participate in art activities.  You can even help build a boat. 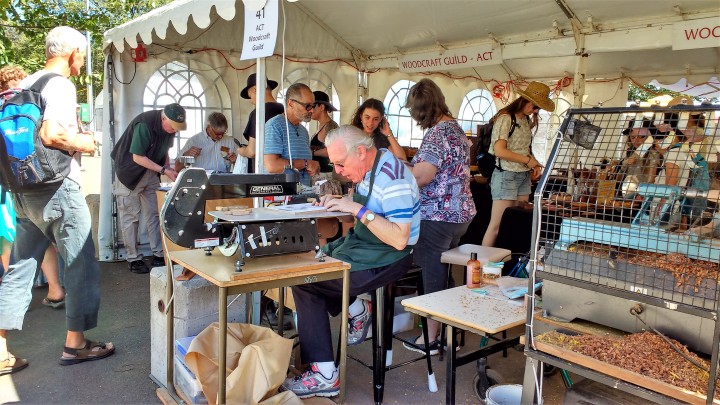 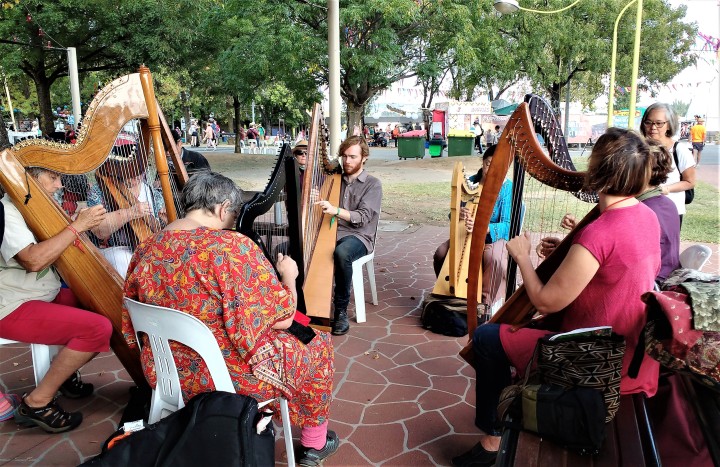 Join a group to learn songs in Australian Sign Language and perform them for an enthusiastic audience (this was one of the most heart-warming sessions I saw all weekend).

And of course, sing, sing, sing.  Enjoy folk music from around the world.  Balkanski Bus (below) plays music from across the Balkans, proving the power of music to bring everyone together.

Kids have their own festival within a festival.  But the Amazing Drumming Monkeys are for everyone.  I wouldn’t miss it. 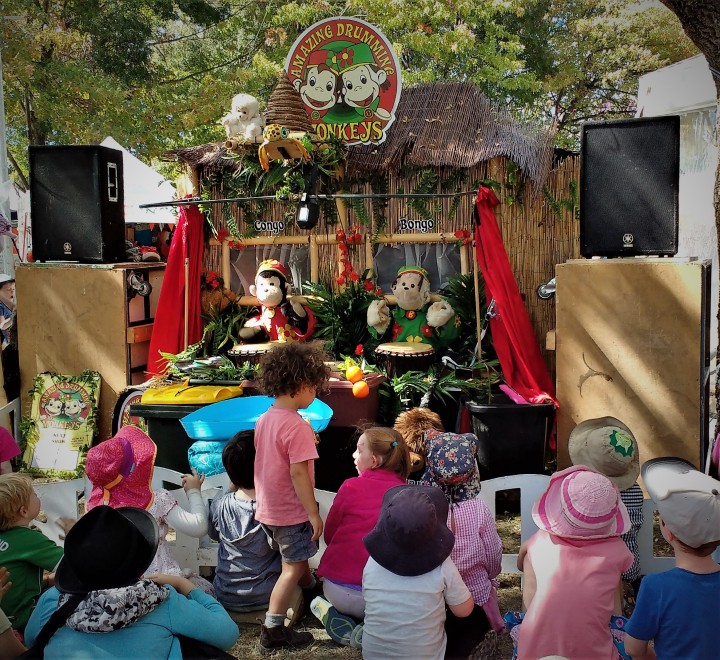 Audience participation in the various circus acts is compulsory.  Here is one of the members of Circus Firemen (yes, they do have a calendar). 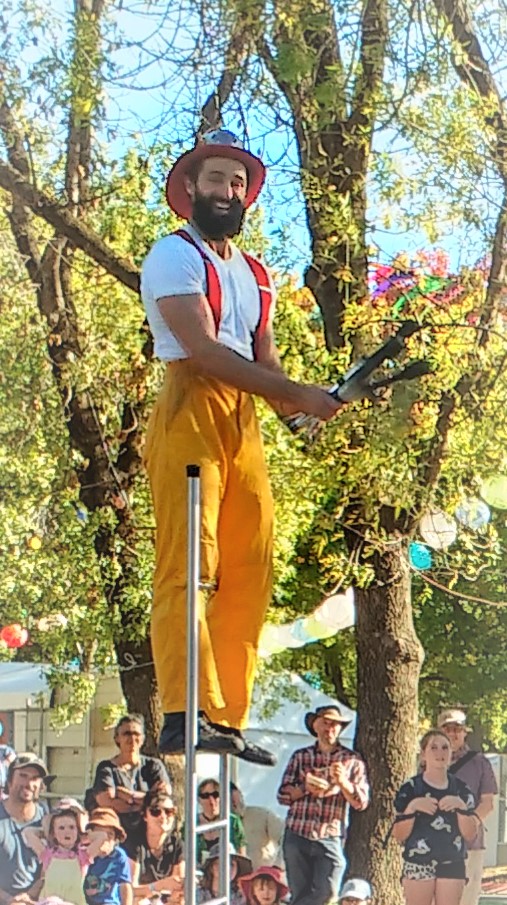 Get your gear on. 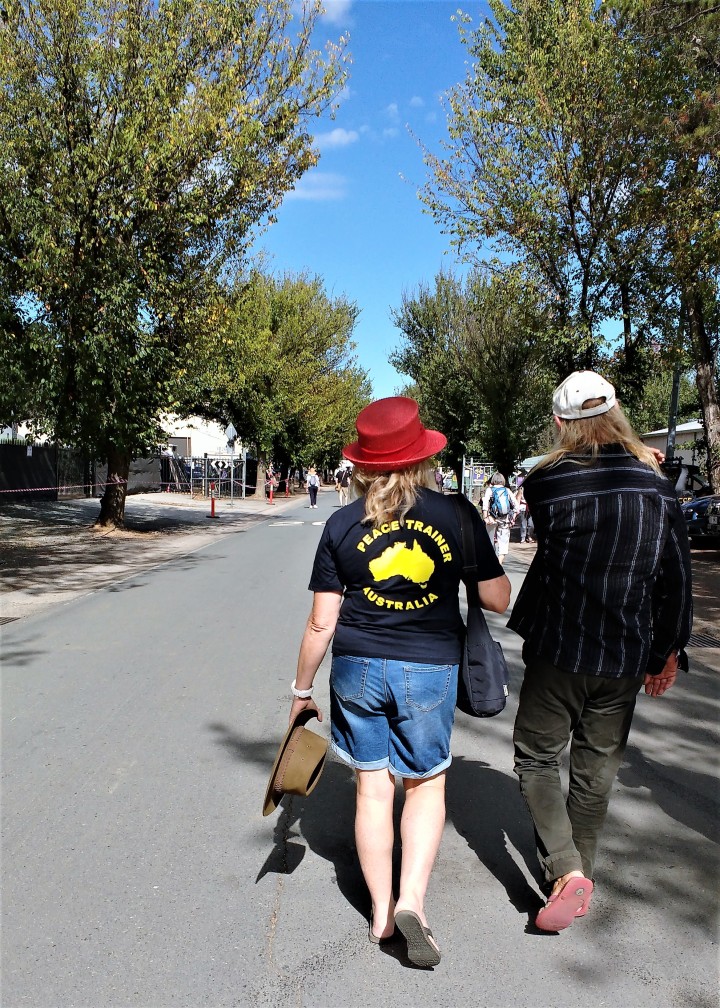 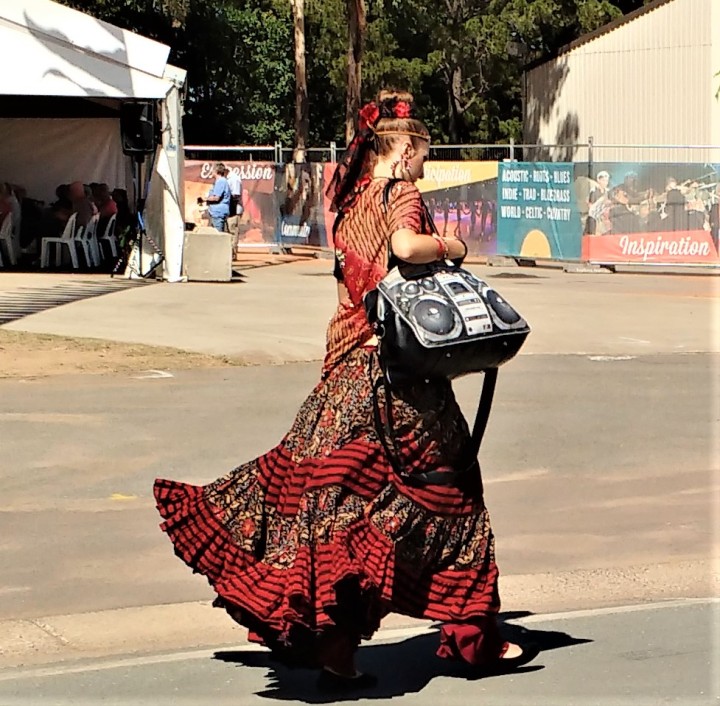 And finally, a little R&R.

17 thoughts on “I Am a Folk Festival”